The reason for the visit is to discuss how ZUGACOIN can be used as a tool for poverty alleviation of Ondo State Women.

Akeredolu welcomed the idea of using Zugacoin, one of the best selling Crypocurrencies in the world to lift the Ondo Women out of poverty and ensure their financial freedom.

This official visit is coming shortly after Sam Zuga, who is world’s first professor of digital economy penned a letter to Nigerian government pledging to lift over 100 million Nigerians out of poverty. 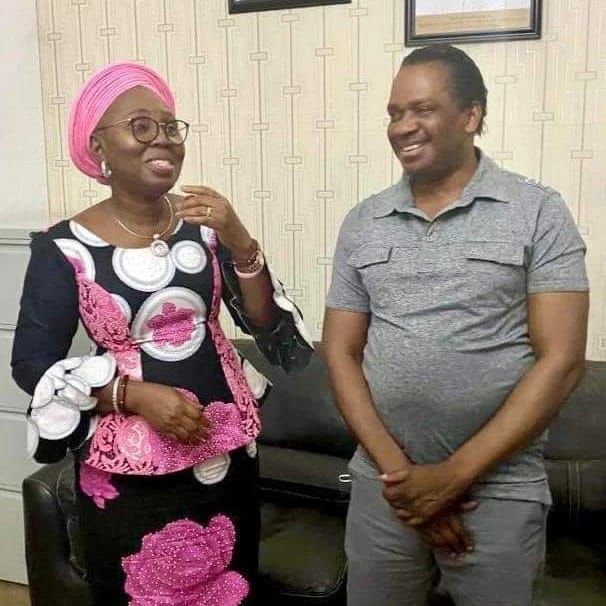 Sam Zuga through the letter to the President of Nigeria, Muhammad Buhari stated his plans to also reduce the country’s constant borrowing or proffer solutions to totally eradicate it, if he is given the privilege to interface with the President.

“I’m notifying you officially that you have done a great job in Nigeria during one of the hardest times in the history of the World. You could have done better if things were better. I have decided to support you in my own little way by offering to give every Nigerian 1 million Naira worth of ZUGACOIN to compliment your Agenda of lifting 100 million Nigerians out of poverty,” part of his letter to the government had read.

Zugacoin the first and fastest-selling Cryptocurrency in Africa, launched on December 1, 2020, also recently recorded another groundbreaking achievement of over 700 million withdrawals within 3days.

According to Sam Zuga whose vision and mission is to lead Africans to financial freedom through ZUGACOIN, the recent withdrawal ability is evident that the cryptocurrency has no deficiency.

Since its launch two years ago, Zugacoin has grown to become the most successful cryptocurrency in Africa and currently the most valuable coin in the history of cryptocurrencies.